The establishment of post-elementary technical schools in Australian states in the early twentieth century was one of several responses to the growing pressure to provide some form of universal secondary education for all adolescents. The Australian state, Victoria, constructed a long-lasting system of such schools that distinguished public education in that state from elsewhere.

The “genius” behind the system was Donald Clark. As the Chief Inspector of Technical Schools, Clark, fought to establish junior technical schools (the ‘techs’) to bridge the gap between primary schools and senior technical colleges following the 1910 Education Act. He argued that there were strong reasons for the existence of the early technical schools. The origins and early popularity of the technical schools in part depended on local effort, as well as state education policy, as women and men within and outside the education system combined to provide vocational education for girls and boys. The practical and theory courses prepared working class children both for further education and employment. Unlike high schools, they were not dominated by external academic examinations. 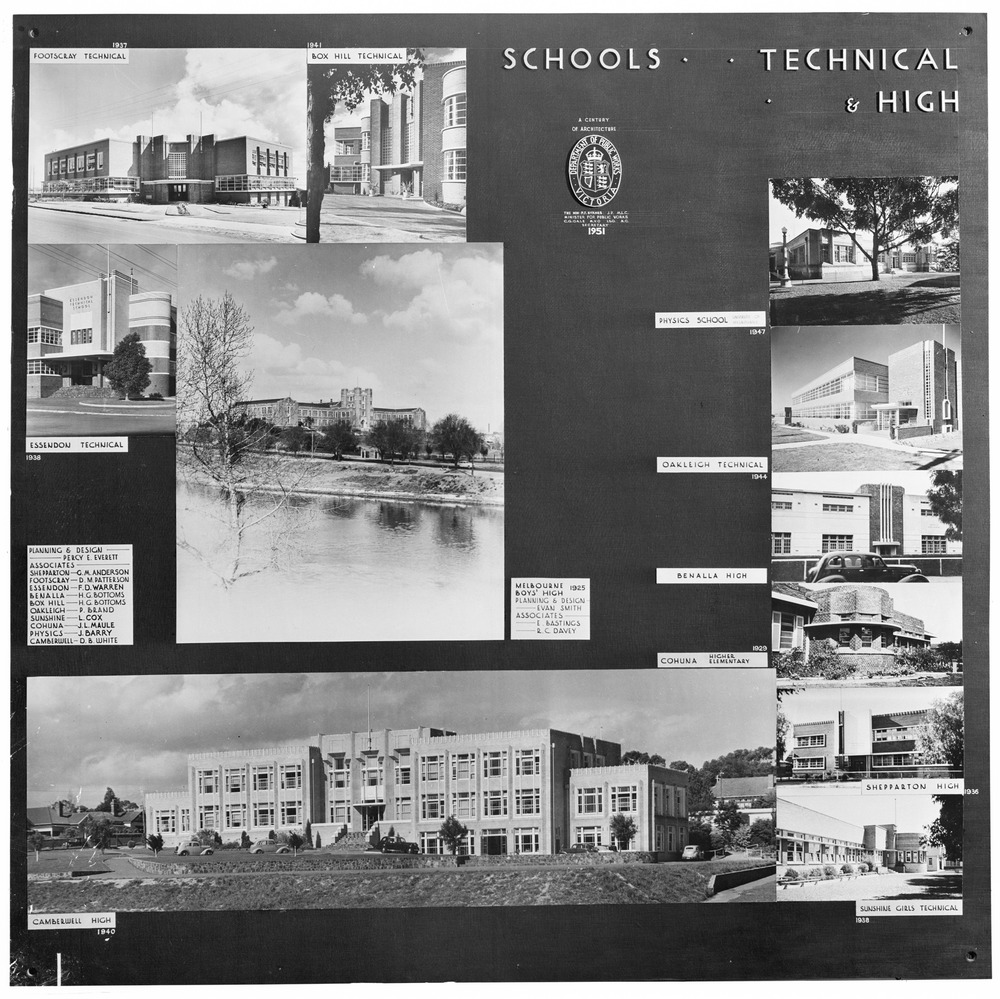 These schools had the usual problems, common not only in Australia, but the United Kingdom as well, with “parity of esteem” issues.

Nevertheless, the schools usually had competent local executive councils and effective links with senior technical colleges. Strong and articulate leadership and the unique philosophy of the system were bulwarks against critics, and for many years into the late twentieth century following and their dismantling. The defences needed to be strong. From not long after their inception they were under threat from those who preferred a unified system of comprehensive schools. They survived due to their popularity with students and parents, their local benefactors, including many employers, the efforts of Donald Clark, and the educators who followed in his footsteps. Bipartisan political support for the technical schools, Liberal and Labor, lasted into the 1970s.

The technical schools evolved to serve changing employment needs in urban and rural areas. Often with a background in industry, technical school teachers appeared to work cooperatively. Initiatives for reform were usually collective. For example, the central management body, the Technical Schools Division (TSD) offered the Technical Teachers Association of Victoria (TTAV) membership on committees. Central administration and union shared a vision of education ‘as a many faceted facility’ which should be moulded to the needs of the individuals of vastly different abilities, each with ‘a need to utilise these abilities to the fullest extent … not just an isolated era in a person’s life’ (Lawson, 1987).

The loss of working class jobs and high youth unemployment led to a new pressure for curriculum and credential reform and higher school retention targets from the mid-1970s. At the same time new questions concerning the purposes of secondary education arose in Victoria. Government policy enabled both the high and technical schools to experiment and introduce new curriculum, albeit sometimes controversially.  This ‘window of opportunity’ was closed when the State Labor government accepted the Blackburn Report (1985) recommendation to dismantle Victoria’s dual system of public secondary education in favour of a comprehensive secondary system. A single certificate, the Victorian Certificate of Education (VCE) would henceforth mark the completion of secondary schooling.

Concerned about student absenteeism and the realisation that ‘we lost something when technical schools were closed’, Education Minister Kosky announced the introduction of skills training courses and four new technical education centres in 2006. In 2014, the opposition Labor leader, Daniel Andrews promised ‘to bring back technical schools’ during the election campaign.

Andrews claimed that ‘Victorian students deserve a head start on a hands-on profession’ (Labor Launch, 2014). Loss of the history of former technical schools could perpetuate mistakes made in the past, and be less than useful in helping present and future students to take their place in society. There are strong reasons for recalling their characteristics to modern educators. 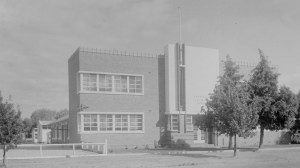 Shepparton South Technical School opened in the local showgrounds in 1966 to solve the overcrowding problem at Shepparton Technical School. The inaugural years in this unusual environment encouraged students, staff and their new principal, Jock Thomlinson, to take full advantage of the innovative policies produced in 1970 by the Director of Technical Education, D.E. Jackson. In 1972, Minister for Education, Lindsay Thompson, commented that South Tech was ‘one of the finest technical schools to be found anywhere … experimenting in wireless transmission, film making and many other things entirely new, even to the technical school curriculum’. Coeducational from 1971, South Tech offered a broad spectrum of academic and practical experiences including script writing for radio, film, drama, musicals and newspaper productions, mathematics, sciences, humanities, social biology, graphics, art, craft, motor mechanics, fitting and machining, woodwork, sheet metal, plumbing, electrical practices, typing, music, home economics and catering, and dress making as recorded in The Educational Magazine, a publication of the Victorian Education Department in 1973. Awarded a Schools Commission Special Projects Fund grant in 1975, the school had demonstrated that it was improving the quality of existing services and increasing and encouraging equal opportunities (Karmel Funding, Parliamentary Paper 1975, No. 290). South Tech’s philosophy and objectives were delineated in their 1974 submission to the Schools Commission.

We want a school where students:

We want a school where teachers:

We want a school which:

South Tech was regarded by the Technical Schools Division, politicians and visitors, as a ‘lighthouse’ school. The school was thought of locally as providing a valuable opportunity for students ejected from high schools, giving them a ‘second chance’. South Tech was located in a low socio-economic area. This allowed for less emphasis on the usual markers of apparent school success. Inter-school sporting competitions were not taken seriously; school uniform and homework were optional. In interviews, former students reflected on the many cultures represented and how they had gained an understanding of people with widely differing values, attitudes and behaviours. There were the expected behaviour and disciplinary problems. Both ‘bullies’ and ‘bullied’, the former usually, finding their way to the senior teacher’s office to explore different behaviour options; the latter learning how to survive and thrive in a ‘real’ world. South Tech students were enabled to broaden their horizons, keep their options open, and learn a range of skills suited to further education, employment and citizenship. Interviews conducted with former students in 2000 revealed a desire that any re-establishment of technical schools should involve a philosophy and curriculum that extended beyond traditional vocational education. Technical education aimed for students to become productive members of society, preparing them for further study or the workforce. It remains a holistic vision.