Newcastle High School was established in 1906 in Newcastle, New South Wales (NSW), Australia. To begin with, it was a coeducational, academically selective high school in three rooms of the infants department of Newcastle Public School which had been opened in 1863. Prior to the opening of Newcastle High School, public secondary students who lived in Newcastle travelled to the near-by population centre of Maitland where two selective single-sex high schools had been set up in 1884. Against the trend at that time, Newcastle High began as a coeducational high school because there were too few pupils to warrant the creation of two single-sex schools. Mainly for reasons of economy, where there were small numbers of pupils, it became the practice of the NSW Department of Public Instruction to establish coeducational high schools in areas outside of metropolitan Sydney. For example, Parramatta High School, which was opened in 1913, was originally set-up as a coeducational school (Proctor, 1999).  Furthermore, following the opening of Newcastle High School, enrolments there immediately reduced attendance at the older single-sex Maitland schools and there was some discussion by school inspectors of amalgamating Maitland Girls High and Maitland Boys High to create a coeducational school there. The idea was abandoned for reason of economy because ‘the saving of salaries would not be great.’ The establishment of Newcastle High School, the first new state high school since 1884, showed that interest in secondary schooling was growing. Educational historian Barcan observed that a further major reason for its establishment: ‘was to increase the supply of well-educated students who could be trained as probationary teachers for the reformed primary schools’ (Barcan, 1988.) 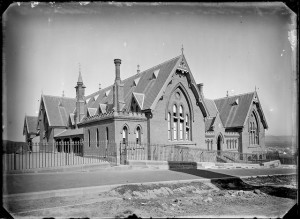 Newcastle High, known locally as ‘The Hill’ school, was highly valued by the community and it rapidly outgrew its premises. Having opened with a total of ninety pupils in 1906, by 1911 there were 165; 286 in 1912; and 553 in 1929. This increase in enrolment occurred as Newcastle itself was transformed from a coal mining town into a city centred on heavy industry, especially steel-making. Between 1911 and 1931 the population of the city and its environs almost doubled from just over 55,000 to nearly 104,000. Very quickly, Newcastle High School gathered the usual Arnoldian characteristics adopted by state selective schools, complete with Latin motto (Remis Velisque, literally ‘with sails and oars’ or metaphorically, ‘with might and main’), school song, school magazine and ex-pupils union.

The NSW Minister for Public Instruction in his 1925 annual report, noted that: ‘The needs of Newcastle are of such a character that it has become necessary to provide separate buildings for boys and girls instead of utilising one building for both sexes.’

After years of local agitation, two single-sex selective high schools, Newcastle Girls High School and Newcastle Boys High School, were created in 1930 out of the old coeducational Newcastle High School. Burns and Goodnow (1985) have said that one of the major features of Australian education generally was ‘an unabashed enthusiasm for the segregation of the sexes.’ The larger primary schools, for example, were usually divided into girls and boys departments, and playgrounds were segregated. 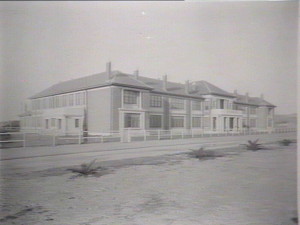 The Newcastle Girls High School was built on land near the centre of the city acquired for the purpose in 1913. The foundation stone was laid on 8 December 1928 and the handsome building was completed on 29 July 1929 at a cost of £36,395. It had seventeen classrooms and other specialist areas, as well as an assembly hall for 545 people, a library and a gymnasium. The entrance contained, in the architect’s words, ‘an imposing portico, with a balcony above’. In August 1929 the school was occupied by three junior classes attached to Cooks Hill Intermediate High School. Miss E. M. Roulston was in charge. The reasons for this brief occupation are unknown (Armitage, 1983). In February 1930, Newcastle Girls High School began with an enrolment of 505 girls. It was officially opened by the Minister for Education, David Drummond, on 10 March 1930. The school became a significant feature of the educational landscape in Newcastle and sat at the top of the educational pyramid for girls until it was changed to a coeducational non-selective high school in 1975.

Newcastle Boys High School was established at the old Newcastle High School on The Hill when the girls moved to their new premises in 1930. The old school buildings were widely considered inadequate, unsound and unhealthy. Increasing enrolments, exacerbated by the Depression, when many parents kept their boys at school, were too great for the old premises to accommodate. In 1929 the total enrolment of Newcastle High School was 565, crammed into buildings designed for 300 pupils. In 1933, enrolments had risen to 640 (Date, 1986). Demands for a new boys school continued through the early years of the Depression. The local community pressed the NSW Government to build the boys a new school on land next to the girls high school. 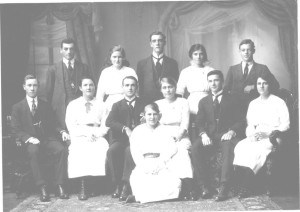 The geographic placement of the new boys school caused a debate between the local community and the Minister for Education and his supporters. Many in the community had no reservations about having the two single sex high schools side by side. The community had after all been served by a coeducational high school for almost three decades without any apparent problems. Local opinion therefore favoured the site next to the new girls school, where sufficient land had been acquired and where transport from all areas of the district was direct.  Although he was well aware of the local view, Minister David Drummond decided in 1932 that work would begin immediately on a parcel of land acquired by the Department in the suburb of Waratah. The decision to place the boys school in the less central suburb of Waratah appears to have arisen from qualms that Minister Drummond, or some ‘faceless decision-maker’, had about locating the boys so close to the girls (Armitage, 1983). The Minister withstood considerable pressure in his determination to put the boys school at Waratah. He was not without supporters. Newcastle North District Inspector, A. J. Lee, also ‘had a strong preference’ for the Waratah site. The editor of the local newspaper, The Newcastle Morning Herald, thought that the Minister and his inspector might have a point. An editorial made a veiled comment about the wisdom of putting the schools side by side. It read:

To do away with co-education, and to have boys’ and girls’ schools standing close to one another, might not be the wisest arrangement. However, the main thing is to have two modern schools for Newcastle. (20 June 1929, p.6)

One factor that could have influenced the decision to place the boys school at Waratah was a demographic shift that was occurring in the region. The population of Waratah in 1929 was 18,995, having grown from 15,794 in 1925. On the other hand, central Newcastle’s population had declined from 14,165 in 1925, to 13,810 in 1929. In the end, the site next to Newcastle Girls High School was chosen for a new single-sex Domestic Science High School (later known as Hunter Girls High School). This latter school was built and opened in 1931, well before the new boys high school.

The new Newcastle Boys High School at Waratah opened its doors in 1934. Like the girls’ school, the itl accepted students with intelligence quotients ranging from 100 to 135+. The building cost £21,410, much less than the girls school. The main classroom building was constructed of red cavity brick and the roof had ‘French pattern tiles’. A library, offices and hat rooms were included. An assembly hall was attached by an arcaded, covered way. 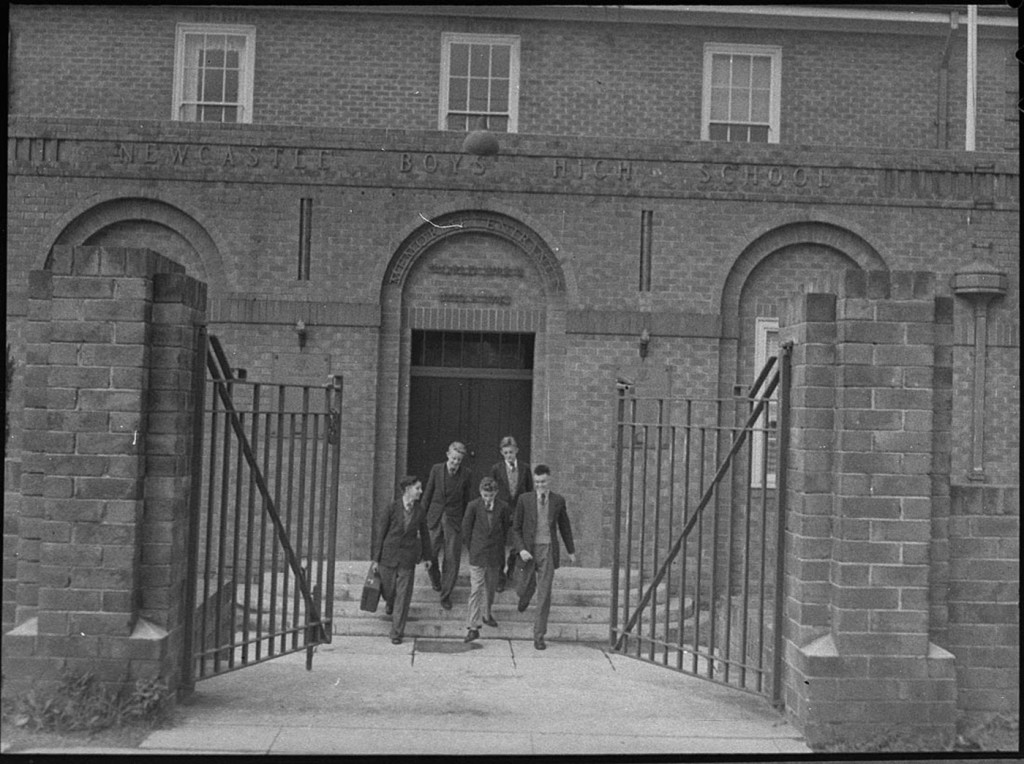