After the federal Labor government, led by Prime Minister Gough Whitlam, won office in 1972 it moved quickly to implement its election promises for school reform.

The Interim Committee for the Australian Schools Commission was appointed in December 1972, to be chaired by Professor Peter Karmel. The Committee was to examine the position of government and non-government primary and secondary schools throughout Australia and make recommendations on their needs and on ways of meeting the needs. The Committee presented its report in May 1973: 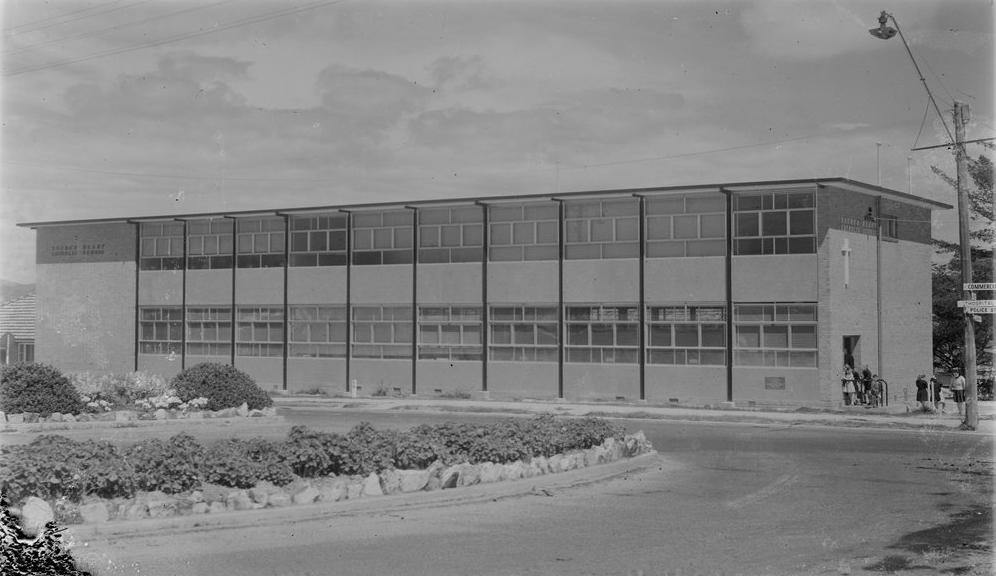 The Committee found three major deficiencies in Australian education—lack of human and material resources, gross inequalities in the provision of resources and educational opportunities, and lack of quality in teaching, curriculum and school organisation. The Committee expressed the belief that schools should provide as nearly equal education for all children as was possible, enabling all to attain the minimum standards of competence necessary for life in a modern democratic industrial society; that school should provide a way of life as well as a preparation for life, and that education is a life-long experience; that schools should provide diversity in structure, curricula and teaching methods; and that authority should be decentralised to the local school and community.

The Committee recommended a number of programs of Commonwealth spending which would enable the school authorities, state and non-government, to remedy deficiencies and make advances in the directions the Committee found desirable.

The most controversial recommendations were that funds should be allotted to non-government schools on a needs basis, which involved phasing out grants to non-government schools already using a large volume of resources per pupil and giving proportionately greater grants to schools using fewer resources; that regional boards should be provided to oversee Commonwealth expenditure and make recommendations for future grants; and that the authorities receiving aid should be accountable to the Commonwealth for its expenditure and for the resulting use of human and material resources.

The Committee assessed needs on the basis of the relative inputs of resources into the varying types of schools and school systems and of the particular needs of disadvantaged groups  within the community. It sought in this way to allow school authorities maximum flexibility in the use of funds while still acknowledging particular areas of need which should be the subject of national priorities.

The first three of these were designed to equalise resources available to all students, the next two to meet the needs of particular disadvantaged groups, and the others to improve the overall quality of education.

Significance and implementation of the Report

All recommendations of the Committee were accepted by the Australian government, except that of phasing out aid to the wealthiest schools over a two year period. The government decided to cease recurrent grants to these schools immediately. The Committee subsequently prepared a list of all schools outside the government and Catholic systems. These schools were divided into eight categories of need according to the resources they used per student. State aid to schools in Category A ceased at the end of 1973, schools in the next categories received lower grants, and schools in the lowest categories received increased grants.

The Karmel Report represented the first significant intervention by the Commonwealth Government in primary and secondary education on the basis of a comprehensive plan of goals and priorities rather than an ad hoc response to particular demands.

The Report, however, deliberately recommended that the Commonwealth should not become involved in the administration of schools and school systems, except in its own territories. The role of the Commonwealth was seen as being the determination of broad priorities and the provision of resources, not the conduct of education.

(1) Following acceptance of the Report, the Commonwealth government established the Australian Schools Commission which lasted from 1973 until 1988. During that period it had the responsibility of implementing the Report. However the work and programs of the Schools Commission changed as new economic circumstances affected the youth labour market and government budgets. Governments during the period developed different educational policies and priorities and these affected the work of the Commission. In 1998 the Australian Council for Education Research (ACER) held a conference reviewing the Karmel Report a quarter century since its publication. The papers are available on-line.

(2) This entry is based on the listed entries in John McLaren. 1974. A Dictionary of Australian Education, Brisbane: University of Queensland Press.