Different schools and different courses of instruction for different groups of students have existed throughout the history of schooling. It is only in relatively recent times, mainly from the mid-nineteenth century that common schools with a common curriculum developed, usually in public school systems.

In this entry, recent approaches to ‘differentiated teaching’ are not considered to any great degree. Here the emphasis is on school and student organisation rather than pedagogy.

The term differentiation helps describe the student groupings, the processes that select and sort, and the general development of grouping technologies that were most widespread in schools in the twentieth century. They have a direct connection with the application of new social sciences, especially educational psychology, to the education of young people. The beginnings of intelligence testing and its use in vocational guidance, streaming, tracking and setting [see Glossary] saw new life for differentiated schooling. These technologies that attempted to manage student populations were considered modern, in that they departed from the older justifications for differentiated schooling that included separate schooling and curricula based on students’ social class or caste, race and ethnicity, religion and gender. Modern differentiation promised a truer child-centred, and socially efficient education for young people. The promise was that natural intelligence, aptitudes, and capacities could be identified and that students would receive an appropriate, differentiated, education as a result. 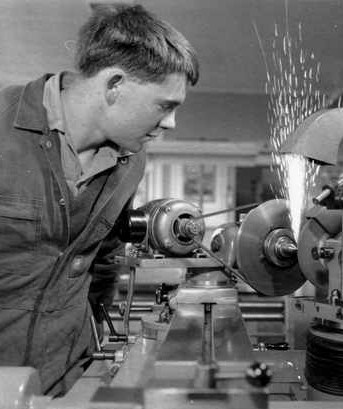 From this there also seemed to be the promise of a broader social efficiency. Young people’s talents and interests, once identified, could lead to an education that matched their potentials and their efficient preparation for appropriate jobs and careers.

In Australia and New Zealand, in the government departments of education early in the twentieth centuryat least, there was great receptivity to these ideas. As a result, especially at the secondary levels in Australia, there were new schools established that included domestic science, junior technical, central as well as academic high schools, and the streaming of students. In primary schools ‘opportunity’ or ‘special’ classes for ‘bright’, or ‘dull’ students were also established. In New Zealand separate technical schools were established from 1905 alongside the academic high schools. 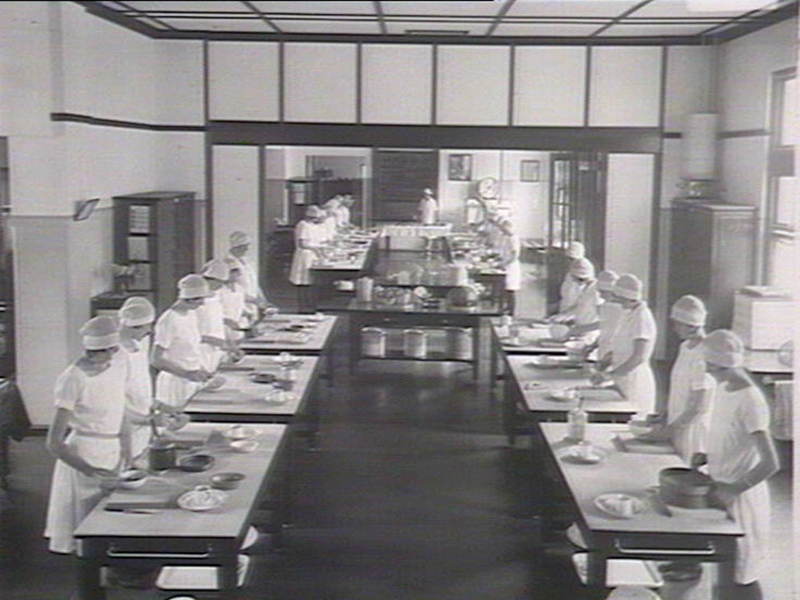 In Australia and New Zealand the New York-based Carnegie Corporation encouraged differentiating reforms with study grants to influential educators, and by assisting in the establishment, in both Australia and New Zealand, of permanent educational research organisations that developed intelligence, reading, and other tests, and promoted modernising educational reform. These organisations were the New Zealand Council for Educational Research (NZCER), and the Australian Council for Educational Research (ACER). Leaders of these institutions, the most noteworthy being Clarence Beeby (New Zealand), Kenneth Cunningham and William Radford (Australia), had a great influence on twentieth century school reform.

In the late twentieth century criticisms of differentiated schooling became increasingly common. By then, separate schools for different school populations and multilateral schools had given way to comprehensive schools. Intelligence testing, it was discovered, was responsive to family and community cultures, and associated language use. Streaming, tracking, and setting sometimes had the effect of consolidating social disadvantage. Vocational guidance, especially in a workforce that was itself riven by hierarchies determined by class, race and gender, similarly could consolidate social disadvantage. Substantial works in educational sociology, usually from Britain but widely read in Australia and New Zealand, in the second half of the twentieth century revealed how this occurred. The title of one work indicated emerging criticism: Learning to labour: How working class kids get working class jobs (Willis, 1977). This work was different from others by Brian Simon (1971) or the earlier Olive Banks (1955) because Paul Willis showed how working class boys used differentiating schooling to positively shape their desired working class identities. 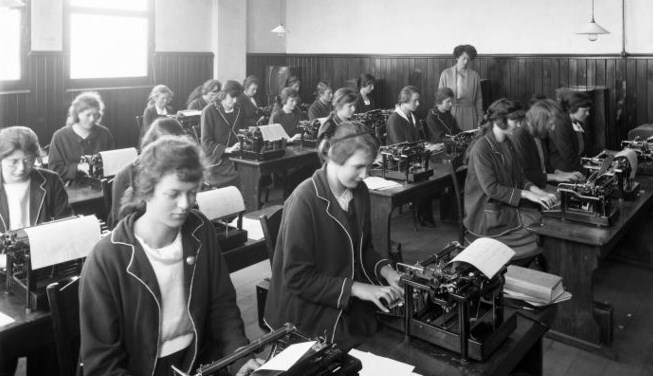 As a result, in Australia and New Zealand there were pressures towards establishing common schooling of various kinds. At the secondary level, the government comprehensive high school was advocated. It was based on the idea that all young people living in a neighbourhood, regardless of their various social origins and characteristics, might attend a single school with a common or core curriculum, especially in the early years. In primary schools there had been a common curriculum for much longer. Even in the places where public policy mandated common schooling and curricula it was rarely achieved. Exceptions were made most frequently for student populations that had ‘special needs’. Students were thought to require special programs recognising for example intellectual and physical impairment, or exceptional ‘gifts and talents’. Towards the end of the twentieth century, as part of the de-institutionalisation movements that were popular at the time, ‘mainstreaming’ of students with certain disabilities occurred. Students with special needs might work in the same classrooms, and be offered the same curriculum experienced by most or ‘normal’ students. Nevertheless, mainstreaming was a patchy affair. Arguments about equity [see Glossary] in schooling usually insisted that some students, in order to reach roughly equivalent schooling outcomes or ‘success’, required different treatment. It was an argument for differentiation to a degree, although not perhaps to the same degree as had been common early in the twentieth century.

By concentrating on the modern ideas, ideals and practices defining differentiated schooling, neglect occurs of older and traditional means of providing different child and youth populations with different schools and curricula. These never faded away completely although there was adaptation over time.

Differentiated schooling in Australia and New Zealand since European settlement has been justified on many grounds. The individual force of any particular argument for differentiation varies with the prevailing ideas about the characteristics, capacities and destinies of different groups within the population in different historical periods. Often the idea occurred that different population groups naturally require different kinds of schooling. Historically the idea that girls and boys, indigenous and white/pakeha, Protestant and Catholic, working and middle class, and so on, might all participate in the same undifferentiated common schools is a relatively recent, and perhaps revolutionary concept.

There are at least three broad grounds that have been used to justify differentiated schooling:

(i) Physiologically-based characteristics such as: 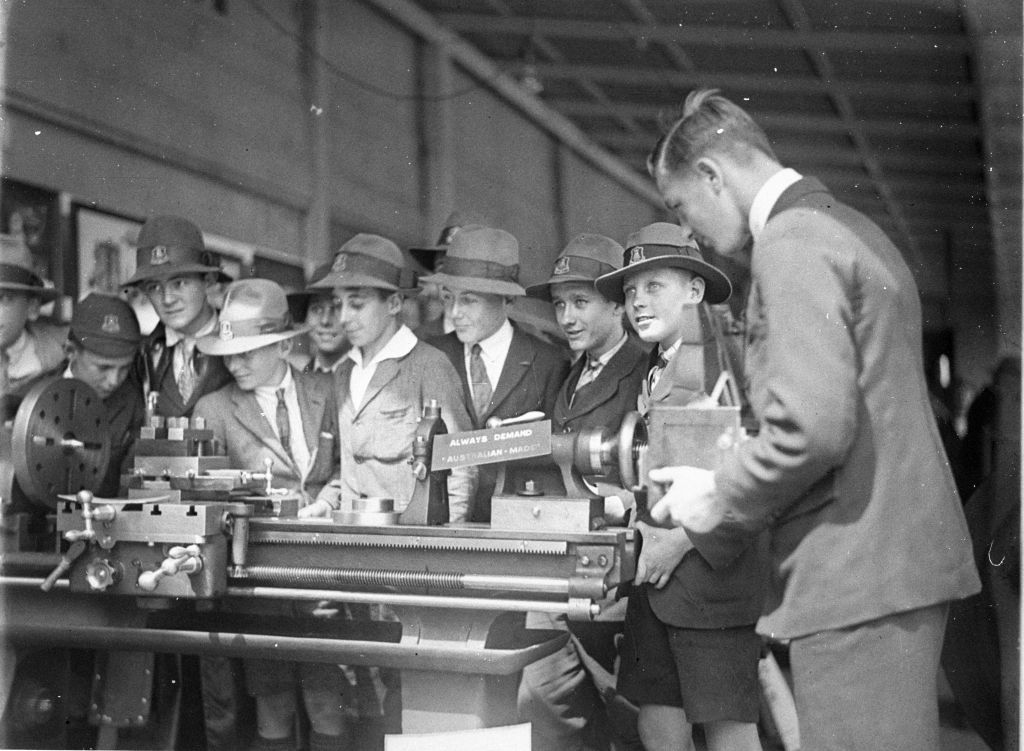 There are three important qualifications that need to be made in introducing these sets of grounds. The first is that each of them, or at least their social consequences, are not necessarily natural or pre-determined. There are social relations of consequence in most of these categories. An example is the category ‘race’. At the beginning of the twentieth century scientists generally assumed the existence of physiological and intelligence based racial differences and hierarchies. By the end of the same century the scientific argument for such differences had been demolished. The second qualification is that it is rare for these characteristics to stand alone as reasons for differentiated schooling. Class, gender and ethno/cultural origins, let alone the additional impact of elements from the third group, often formed combinations that appeared to demand differentiated schooling.

A third qualification relates to the bureaucratic and social administration of apparent difference, and the ways in which some groups choose and advocate differentiated schooling for themselves. In some periods controllers of schools impose differentiated schooling on groups, ‘for their own good’. For example in various Australian colonies and states many Aboriginal children were excluded systematically from public schools. Late in the twentieth century as part of self-determination strategies many Aboriginal communities, and in New Zealand, Maori, sought to establish schools for their own children.

Differentiation then and now

There are different phases in the history of differentiated schooling. For Australia and New Zealand, the following phases are suggested:

The issue of differentiation is highly significant in the history of schooling. Used as a tool of analysis it may help with an understanding of why different kinds of schools emerged for different populations, why hierarchies of schools emerge, and how issues associated with equality, equity, access, and exclusion play out over time.

Equity emerged as a key word in education policy as some of the implied problems with equal opportunity as a policy goal were identified. Equity as a policy ideal requires fair treatment of all persons, but appeared less insistent on equal treatment or on common institutions to achieve acceptable educational outcomes. An OECD report from 2012 discussed the issue in these terms: “The highest performing education systems are those that combine equity with quality. They give all children opportunities for a good quality education”(p. 3), and “Equity in education means that personal or social circumstances such as gender, ethnic origin or family background, are not obstacles to achieving educational potential (fairness) and that that all individuals reach at least a basic minimum level of skills (inclusion)” (p. 9). OECD (2012), Equity and quality in education: Supporting disadvantaged students and schools, OECD. On-line: http://www.oecd.org/edu/school/50293148.pdf

Multilateral schools are organised around different courses, so that under the one roof or in the same campus, there will be students doing the different courses, often leading to different credentials. Commonly in the twentieth century the courses were general (academic), commercial, technical, agricultural and home science.

Setting. Its definition varies from one educational system to another. It often refers to the sorting of students into different levels within a school subject based on past and predicted performance. Mathematics may be taught at ‘basic’, ‘standard’ or ‘advanced’ levels for example within a same-age school cohort. Another definition is ‘ability grouping’ or ‘The practice of placing students with others with comparable skills or needs, as in classes or in groups within a class.’ (The Free Dictionary)

Streaming is a method of separating students, usually on the basis of intelligence and other tests of academic achievement. An academically demanding curriculum may be provided for the A stream, while a more ‘practical’ curriculum may be provided for the D stream. It differs from setting because setting tends to be based within particular subjects of study. Streaming tends to be intelligence based, thereby determining separate courses of study for groups of students with comparable intelligence.

Tracking. Its definition varies from one educational system to another. Generally it was seen as an advance on streaming, by introducing the issue of providing courses of instruction and study appropriate to the vocational aims and general characteristics of individual students. Tracks might include university entrance or pre-apprenticeship. A less specific definition is: “The placing of students in any of several courses of study according to ability, achievement, or needs” (The Free Dictionary). The use of the word ‘needs’ in this definition separates it from streaming as a technology for student management.

Vocational guidance emerged in Australia and New Zealand from the 1920s. Information on individual students and their families was to be collected systematically by the school. This was to include evidence of vocational goals, academic performance, intelligence quotient, extra-curricular activities, personal interests, school behaviour and more. On the basis of this information students would be guided towards sensible choices concerning their post-school futures. More efficient students, schools, and better adaptations to the labour market were expected as a result.

The author thanks Greg Lee, University of Canterbury, New Zealand, for his assistance in developing this entry.